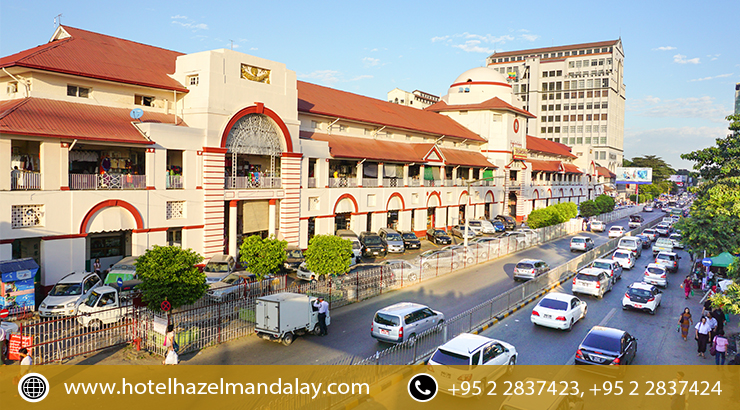 Your last destination in Myanmar brings you to the home of the country's terminal royal dynasty. Built around a massive square palace compound that now mostly hosts the Myanmar Armed Forces, the city of Mandalay retains its position as one of the country's most dynamic cities, home to the Shan State's busiest train station and airport. Many travellers from Bagan opt to take a slow boat from the temple town that terminates at the Mandalay quay.

Which airport should you fly into?

Most of Mandalay's most popular tourist destinations are located in Mandalay Region and Shan State, among them Inle Lake, Bagan and the former royal capital of Mandalay. Flying into Mandalay International Airport (MDL) puts you within easy access of these spots. So if your trip leaves off Yangon and focuses on the temples at Bagan and a hike from Bago to Inle Lake, enter via Mandalay International Airport.

Getting out to Mandalay from the airport.

The 20-mile distance from the airport to the Mandalay city centre takes between 50 minutes to over an hour to cross. Fortunately, some hotels will gladly arrange airport transfers for you, and a free shuttle bus to downtown Mandalay is available for AirAsia passengers. Taxis are also available, but you will pay as much as USD 15 for a private taxi to downtown (shared taxis cost USD 5 a head).

Within the city, you can visit sites linked to the local vibrant Buddhist practice, including the Kuthodaw Pagoda (where the world's largest book can be found, a massive copy of the Buddhist Pali Canon); the Mahamuni Temple, where a gold-covered Buddha image is said to have been brought to life by the Buddha himself; the Shwenandaw Monastery, a former royal apartment converted into a monastery; and the gold-leaf-beating workshops around the intersection of 36th and 78th Streets.

The former royal capital of Amarapura has since been subsumed by Mandalay's urban sprawl, but relics of its former glory remain – among them the U Bein Bridge, the longest teak-wood bridge in the world, said to have been constructed from remnants of the former teak palace abandoned in the move to Mandalay.

Don't leave Mandalay without stopping by the Mandalay Royal Palace.

Now located at the very centre of a military base, the Palace is a reconstruction of the original teak-wood palace that was burned down in the middle of World War II. Very little of the original palace is left, and the original glory of the place can only be summoned with some effort of the imagination.

Mandalay is served by international airport, as well as rail and bus links. The sprawl of the city makes it difficult to explore by foot; you'll be better off flagging a taxi or motorbike-taxi to go further faster.